Twelve Tales: Conker 64 (known in the PAL regions as Twelve Tales Conker) is a cancelled video game that was going to be released for the Nintendo 64. First announced as Conker's Quest at E3 1997, the game would have followed the all ages environment of Conker's Pocket Tales, a handheld title released during its prolonged development cycle.

Before the game could be finished, Rare had already made similar games that had already achieved general acclaim, most notably Banjo-Kazooie and Diddy Kong Racing. The developers began to receive criticism for creating another innocent platformer starring cute and friendly animals. In 1999, Rareware revealed that they were going to entirely redesign the game to appeal to an older audience.

While it was first believed to be an April Fool's joke, the game went unreleased and replaced with Conker's Bad Fur Day in 2001. The game released in its stead was rated "M" and gave Conker's world a more adult tone, with perverted characters, a more mature Berri (both in personality and appearance), and a lead squirrel who is now an alcoholic. Some assets were kept from the original version such as the flowers in the Hungover chapter, the scarecrow and the Windmill, but for the most part the game was completely different. Most of the music appears to be scrapped except some tracks in Conker's Pocket Tales (such as the mini-game track, which was then reused for the Fire Imps before The Big Big Guy), as well as the theme for a Roman-themed world was used as the theme song for Jet Force Gemini.

During the game, the main characters are working to recollect more than 100 presents stolen by the evil "Hoodlums" and scattered throughout four worlds. While questing through the worlds collecting presents, Conker and Berri must save their friends who were kidnapped and free the universe of the hoodlums.

Conker and Berri would swing from branch to branch in Cuckoo Village, dodge falling boulders in the Popcorn Mines, travel through time in Wind Mill Pasture and slide through twisting lava tubes in an active volcano. They would have had help in the form of a wise mentor, Knowit the Owl, and would also obtain exotic tools and equipment, like unicycles, umbrellas and a nut-hurling catapult. The game would also consist of time travelling.

The game is said to have featured simultaneous two player support in the main game, as well as up to a four-person battle. 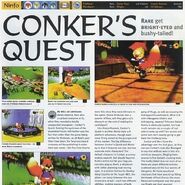 On September 17, 2012 a 30 minute gameplay video was uploaded to YouTube by IOnElFalcon. 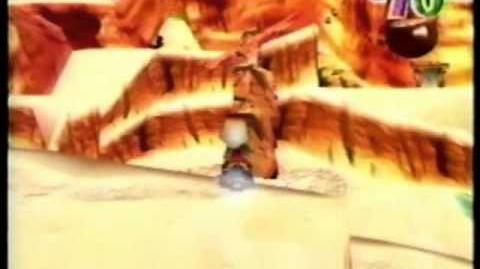 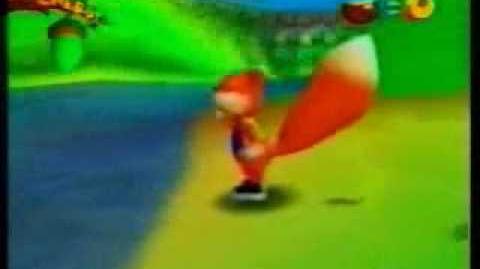 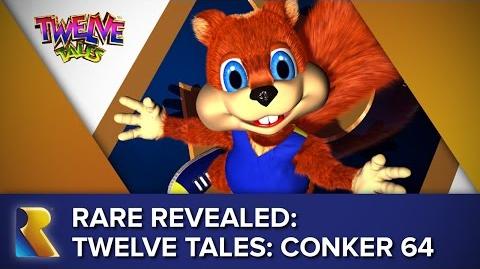 Rare Revealed A Rare Look at Twelve Tales Conker 64
Add a photo to this gallery
Retrieved from "https://conker.fandom.com/wiki/Twelve_Tales:_Conker_64?oldid=20225"
Community content is available under CC-BY-SA unless otherwise noted.