Conker: Gettin' Medieval was a cancelled spin-off game in the Conker franchise for the Xbox. The game was a Medieval-themed Third-person shooter that featured Gregg the Grim Reaper as the main character instead of Conker (who would've made a guest appearance). The game played similar to the multiplayer of Conker: Live & Reloaded but featured Medieval-themed characters, stages, etc. Siege warfare was also added to the gameplay. It is unknown why the game was cancelled. But many fans say that it was a sad loss. 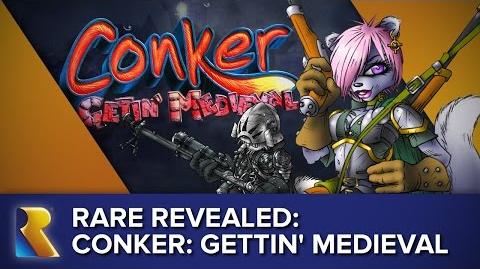